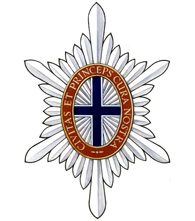 "Our country and ruler are our concern"

Full-time summer employment (FTSE) is available from May to August. Members in their first four years in the CAF are guaranteed the option of FTSE if they so choose.

The mission task for our unit is: Public Duties – Our Reserve unit is trained in the conduct of ceremonial duties to provide ceremonial guards and sentries in support of the Government of Canada in the National Capital Region.

The Governor General’s Foot Guards (GGFG) is the senior reserve infantry regiment in Canada. Located in Ottawa at the Cartier Square Drill Hall, the Regiment is a primary reserve infantry unit and our members are part-time soldiers who serve Canada.

The GGFG are infantry reserve soldiers who train part-time and full-time for domestic operations and international missions. This involves training for domestic operations where the unit deployed members to help the citizens of Canada during a natural disaster or public emergency such as it did during the 1998 Ice Storm, flooding in 2017 and 2019, and during the COVID-19 pandemic in 2020. It also involves training for international operations and support to the Regular Force on operations in countries such as Afghanistan, Sudan, Iraq, Jordan, Egypt, Latvia, and Ukraine where troops from our regiment have deployed in recent years.

Members of the GGFG train on a part time basis between September and June, usually Tuesday evenings and one weekend a month. Between May and August, members of the regiment can be employed full time in a variety of roles such as students or instructors on training courses, taking part in tasks such as The Ceremonial Guard, and attending field exercises.

The Regiment is composed of the following sub-units:

Members of the regiment can expect to become proficient with the weapons and equipment used by Canadian infantry, as well as the technical and tactical skillsets required for infantry soldiers to be effective across a range of operations. As Guards you will be expected to uphold the high standard of discipline in courage passed down to us by our forbearers.

The Governor General’s Foot Guards was formed on June 7th, 1872 in Ottawa. The Regiment has been headquartered at the Cartier Square Drill Hall since 1879.

Members of the Regiment took part in the Nile Expedition of 1884 and the following year provided a company of sharpshooters to the Battleford column during the North West Rebellion, where the Regiment suffered its first two casualties at the battle of Cut Knife Hill. During the Boer war the regiment contributed volunteers for the various Canadian contingents, mainly the 2nd (Special Service) Battalion, Royal Canadian Regiment of Infantry.

The GGFG perpetuates two battalions of the Canadian Expeditionary Force who took part in the First World War. The 2nd (Eastern Ontario) battalion “The Iron Second”, which was a part of the 1st Canadian Division and saw continuous service on the Western front from 1915 to end of war in 1918. The 2nd Battalion also fought at the battles of Ypres, St. Julien, Festubert, Pozières, Vimy (1917), Arleux, Hill 70, Passchendaele, Amiens, and Canal du Nord, to name only a few. By the end of the war, 242 officers and 5,084 other ranks had fought with the battalion. Of those, 52 officers and 1,227 other ranks were killed. The 77th (Ottawa) battalion provided reinforcements for the Canadian Corps until 22 September 1916, when its personnel were absorbed by the 47th Battalion (British Columbia), CEF and the 73rd Battalion (Royal Highlanders of Canada) and the battalion was disbanded. The honours and traditions of these battalions are perpetuated by the GGFG.

During the Second World War the GGFG was mobilized in May 1940. In 1942 the regiment was re-rolled to become an armoured unit to address the need for more armoured units in the Canadian Army, assuming the name “21st Canadian Armoured Regiment (G.G.F.G.)”. It embarked for Great Britain on 23 September 1942. On 24 July 1944, it landed in France as part of the 4th Armoured Brigade, 4th Canadian Armoured Division and it continued to fight in northwest Europe until the end of the war taking part in the battle of Normandy, the battle of the Scheldt, and the Rhineland. Over the course of the war the Regiment’s casualties were 101 dead and 284 wounded. Forceful III, a Sherman tank that served with the regiment is currently on display at the Canadian War Museum in Ottawa and is dedicated to the memory of the members of the GGFG killed during the Second World War.

In the intervening years, members have participated in numerous United Nations and NATO operations, including service in the Cyprus, Somalia, the Former Republic of Yugoslavia, Haiti, Ethiopia, and Sierra Leone. During the Canadian mission in Afghanistan, the GGFG deployed numerous members, taking part Task Force 3-06, Task Force 3-08, and Task Force 1-10 in Kandahar, as well as the Op ATTENTION training mission in Kabul.

Presently the GGFG provides individual augmentation to regular force when they deploy on operations. Most recently the regiment has deployed members on Op IMPACT in Iraq and Jordan, Op CALUMET in Egypt, Op SOPRANO in Sudan, Op REASSURANCE in Poland and Latvia, and Op UNIFIER in the Ukraine.

The Regiment maintains a robust domestic response capability to support Canadians at home in the event of natural disaster or emergency. The regiment has deployed soldiers to the 1998 Ice Storm, floods 2017 and 2019, and during the COVID-19 pandemic in 2020.

For service on active duty, members of the Regiment have been awarded over 500 decorations, including 3 Victoria Crosses. The regiment has 34 Battle Honours.