The Lincoln and Welland Regiment 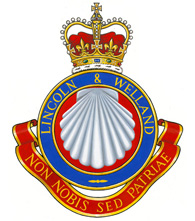 "Not for us but for our country"

The Lincoln and Welland Regiment is a reserve infantry unit that is located in St. Catharines, Ontario. As infantry, the Regiment trains to support the infantry’s core mission which is to close with and destroy the enemy. The Regiment conducts training in offensive, defensive and patrolling exercises as dismounted infantry. As well, the Regiment prepares and trains to assist the civic authorities in case of domestic emergencies such as floods or ice storms.

The history of the Regiment can be traced to the raising of Butler's Rangers on 15 September 1777. Lieutenant Colonel John Butler, an officer in the New York colonial militia and the British Indian Department, was a Loyalist from the Mohawk Valley in New York. He convinced Sir Guy Carleton, the Governor of Canada, that a Ranger unit should be raised to fight on the frontiers in conjunction with the Indians. He eventually raised 10 companies and some 900 officers and men headquartered at Fort Niagara. Butler’s Rangers fought on the frontiers of New York, Pennsylvania, New Jersey, West Virginia, Ohio and Kentucky before being reduced to nil strength on 24 June 1784. By 1794, after several re-organizations, Colonel Butler and most of the former Rangers formed the Lincoln Militia in the Niagara Region.

By the outbreak of the War of 1812 the Lincoln Militia had been organized into five regiments. Elements of each of those regiments were involved in all major engagements from Niagara to Detroit, including the Battle of Queenston Heights on 13 October 1812. There, a soldier of the 2nd Lincoln Militia, captured an American Regimental Colour - an act unique in the history of the Canadian Army.