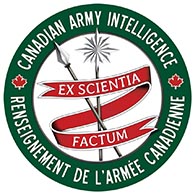 7 Intelligence Company (7 Int Coy) is the intelligence reserve subunit for the National Capital Region and the reserve component of the Canadian Army Intelligence Regiment (CA Int R). Unit members have provided tactical intelligence support on domestic operations such as floods and ice storms, as well as overseas.

Unit members have provided support to operations domestically during the Red River floods of 1997 and the Ontario-Quebec ice storm of 1998. Members have also deployed on overseas operations in Afghanistan, and the former Yugoslavia, among others.

In April, 2017, 7 Intelligence Company was incorporated into the Canadian Army Intelligence Regiment, a unit of the 6 Canadian Combat Support Brigade within 5 Canadian Division.