Canada is proud to have hosted the 2017 UN Peacekeeping Defence Ministerial conference on November 14-15, at the Vancouver Convention Center (British Columbia). Over 500 delegates from more than 80 countries and international organizations announced new pledges and discussed improvements to UN peacekeeping operations.

Day 1 of the Conference 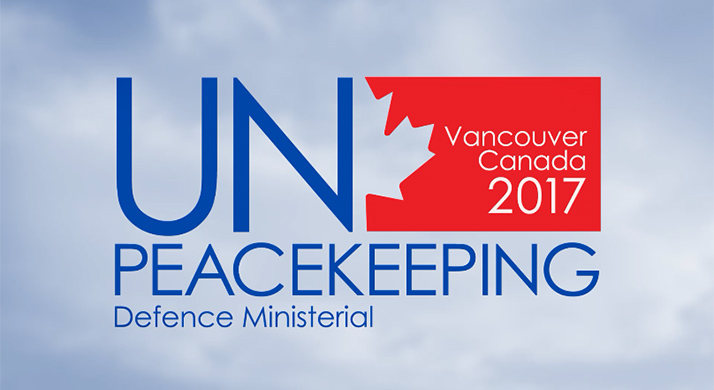 Day 2 of the Conference

Canadian efforts to stabilize fragile states, including through international policing and peacekeeping.

Canada is committed to ending the recruitment and use of children in hostilities and to making sure that children around the world are protected.

How Canadian and foreign law enforcement agencies work together in the fight against global criminal activity.

Find out the commitment set by member states of the United Nations to prevent recruitment and use of child soldiers in UN peacekeeping operations.

Imagery from the conference

Additional pictures are available on our Trello webpage‎.

Mainstreaming of a Gender Perspective Thinking about Gender in Military Planning and Operations What is GBA+?

National Film Board: The Peacekeepers