Message from the Minister’s Advisory Panel

It was a privilege to serve on the Minister’s Advisory Panel for the Defence Policy Review. We were invited by the Minister of National Defence to provide him with our independent expert advice throughout the process of developing a new defence policy for Canada, and we valued the opportunity to contribute in this important way.

It was clear from the beginning of our work that the task of crafting a new defence policy would be challenging for the Department of National Defence and the Canadian Armed Forces, particularly in light of the profound changes in the international and domestic security environments since the last Canadian defence policy was articulated in 2008. In this regard, we agree with the underlying assessment in the new policy that, going forward, the Canadian Armed Forces will be operating in a global security environment defined by complexity, unpredictability and instability.

Throughout the policy review process, we enjoyed unfettered access to the Minister of National Defence and the senior leadership of the Department of National Defence and the Canadian Armed Forces, and we were given full opportunity to express our views. We received detailed briefings on all major strategic issues facing the institution, and we met with the senior leaders of the federal departments and agencies that work in partnership with our military at home and abroad. We also participated in expert roundtables across Canada, and consulted with key allies and partner organizations including NORAD, NATO, and the United Nations. The inputs we received throughout were comprehensive, insightful and strategically focused.

We were equally impressed by the quality and thoughtfulness of the hundreds of papers submitted by experts and interested Canadians, and by the initiative of defence- and security-focused institutes and associations to organize specific events concentrated on Canada’s new defence policy. We found many recurring policy-relevant themes, enormous support for the women and men of the Canadian Armed Forces, and strong support among Canadians for a modernized military force capable of meeting domestic, continental and international defence and security challenges well into the future. This policy is aligned with that perspective.

We commend the depth and quality of the analysis that underpins Strong, Secure, Engaged, the frank discussion of areas requiring attention, and the effort to share as much information as possible with Canadians about current and future contributions and capabilities of the Canadian Armed Forces – at home, in North America and internationally. By way of example, we note that the policy gives significant attention to critical emerging areas such as the cyber and space domains, the shifts affecting Arctic security, the influence of non-state actors, and the changing nature of peace operations. In addition, it fully reflects Canadian values when it comes to the challenges to the international humanitarian law governing armed conflict and the uncharted legal territory surrounding the use of autonomous vehicles and cyber threats. At the same time, it recognizes the dynamic changes in the social environment and the urgent need to address issues affecting the recruitment, training, retention, health and wellness of Regular and Reserve Force personnel, as well as support to military families. It also acknowledges the importance of post-military life care and services for all Canadian Armed Forces Veterans.

Overall, we were impressed by the professionalism and rigour of the methodology applied to the development of the new defence policy, and we have every confidence in the solid foundation upon which it is built and the credibility of its capability planning and costing frameworks. Importantly, this policy is supported by long-term funding commitments appropriate for its implementation.

In closing, we would like to acknowledge the unwavering efforts of the Minister of National Defence and the entire Defence team in the development of this new defence policy over the last year. The breadth and depth of the review, including consultation with the public, Parliamentarians and our key allies, has significantly enhanced the outcome and credibility of the process, and resulted in a world-class new defence policy for Canada. 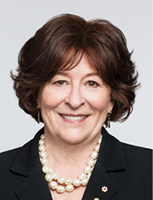 The Honourable Louise Arbour, former Justice of the Supreme Court of Canada and a member of the Advisory Board of the Coalition for the International Criminal Court. 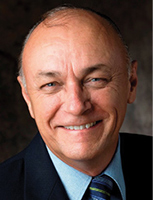 General (Retired) Raymond R. Henault, former Chief of the Defence Staff, and past Chairman of the NATO Military Committee. 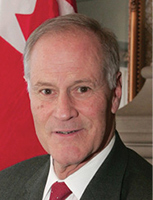 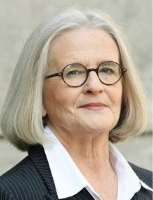