Annex B – Additional figures on Canadian and Defence Team demographics

This annex provides further graphics that illustrate differences between Employment Equity (EE) representation in Canada and the Defence Team. 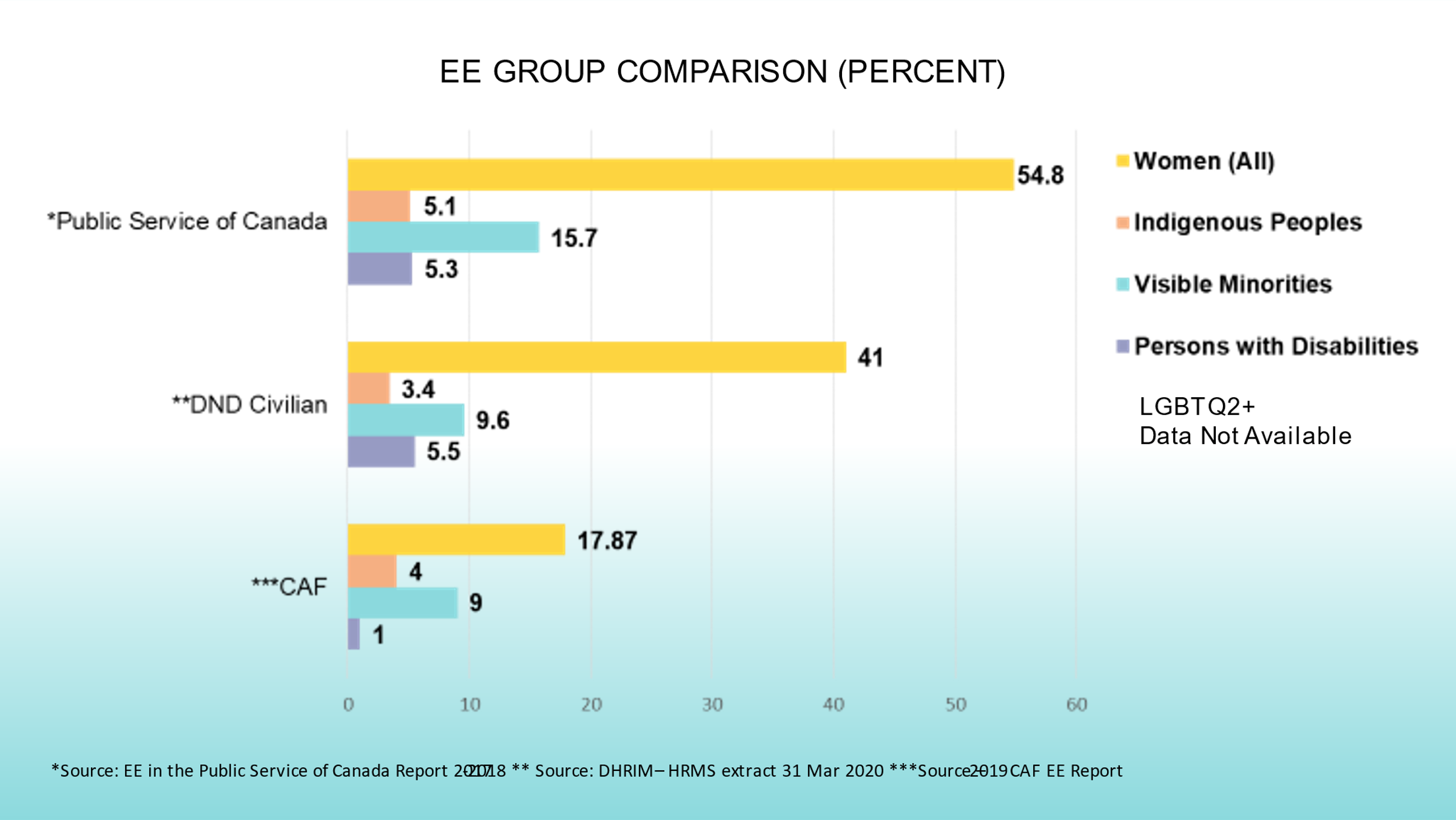 Overall, the Public Service of Canada (all government departments) has greater Employment Equity group representation than the Department of National Defence. 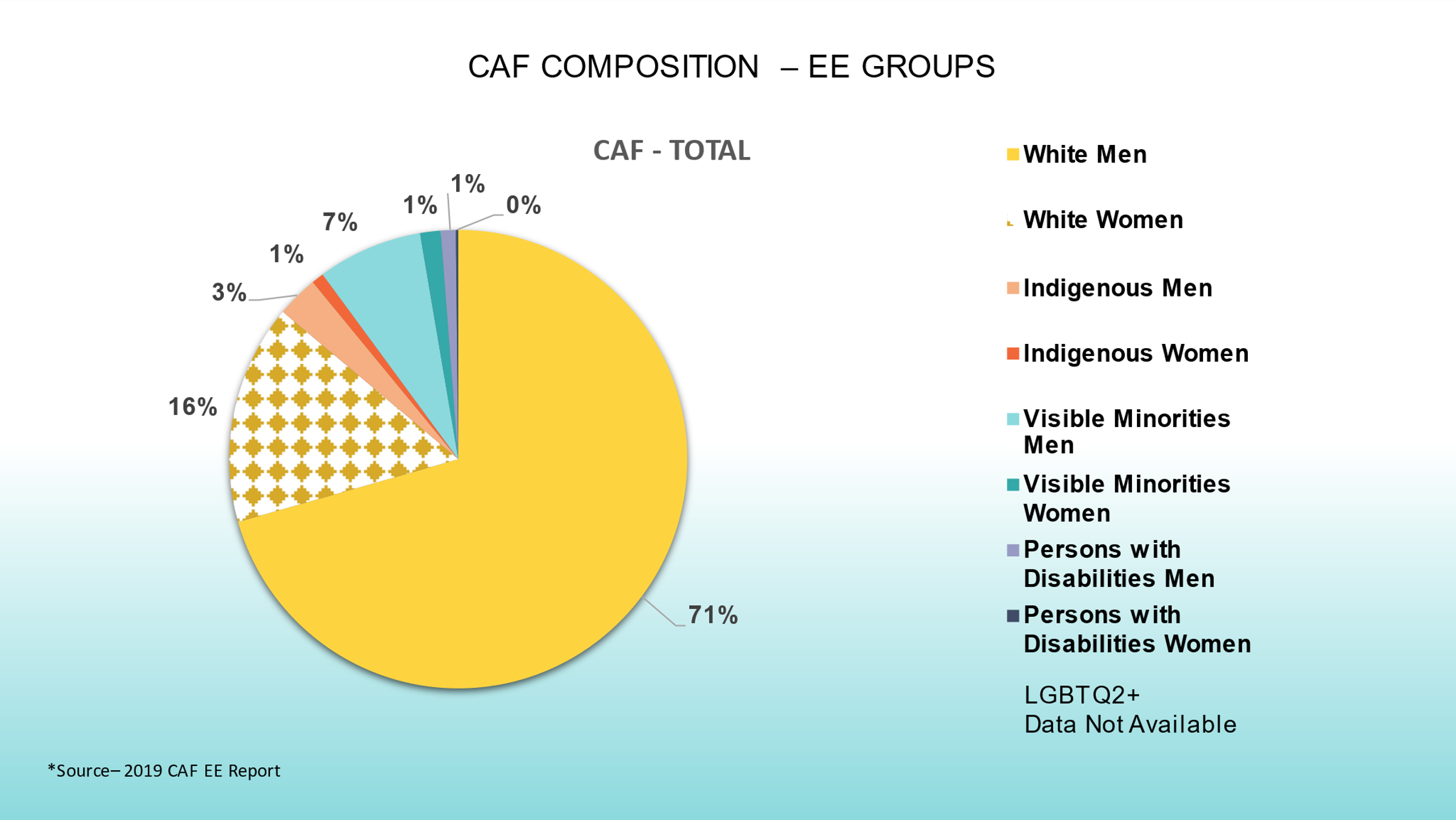 Figure 9 shows the composition of the CAF according to the four EE groups. 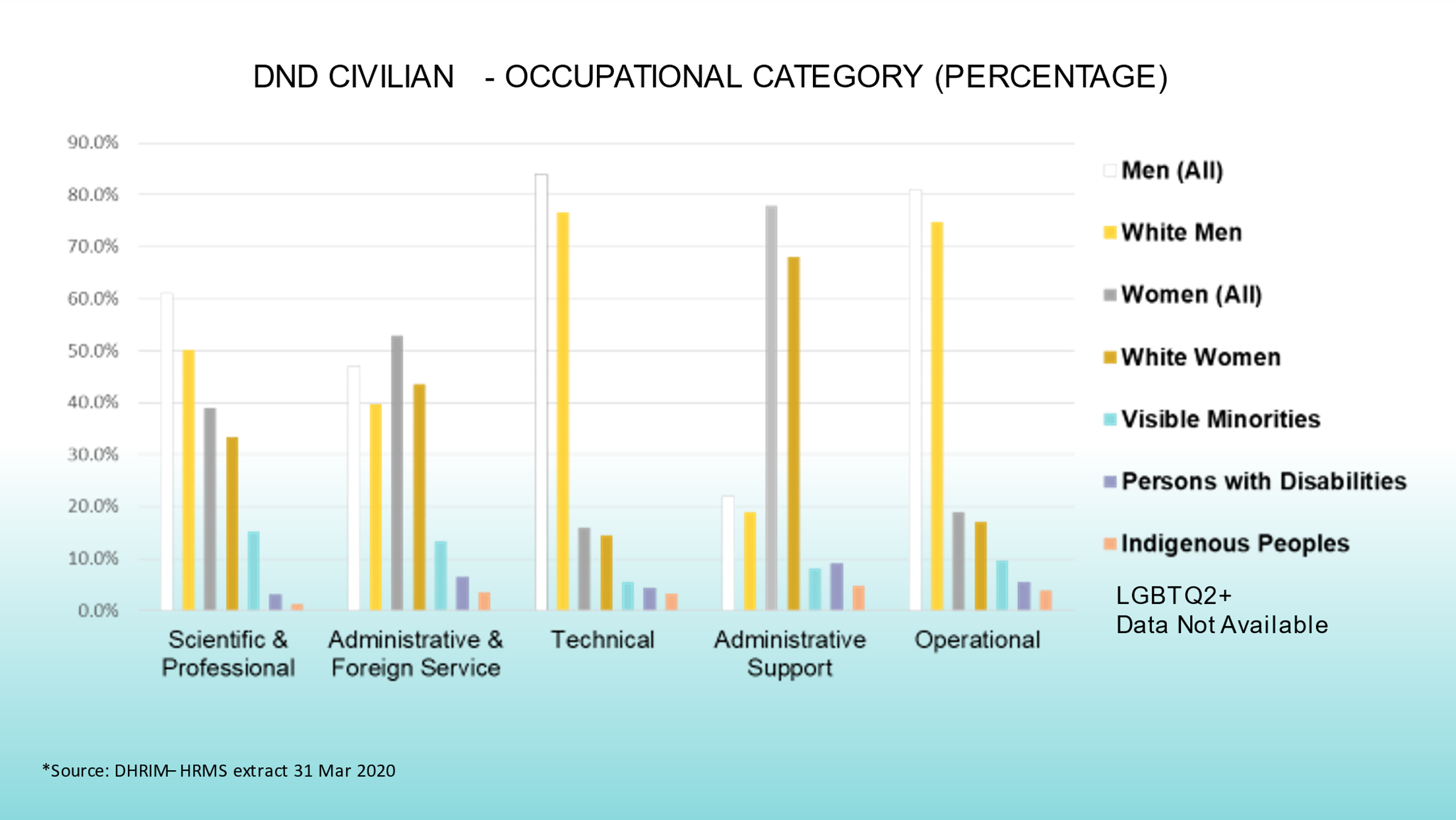 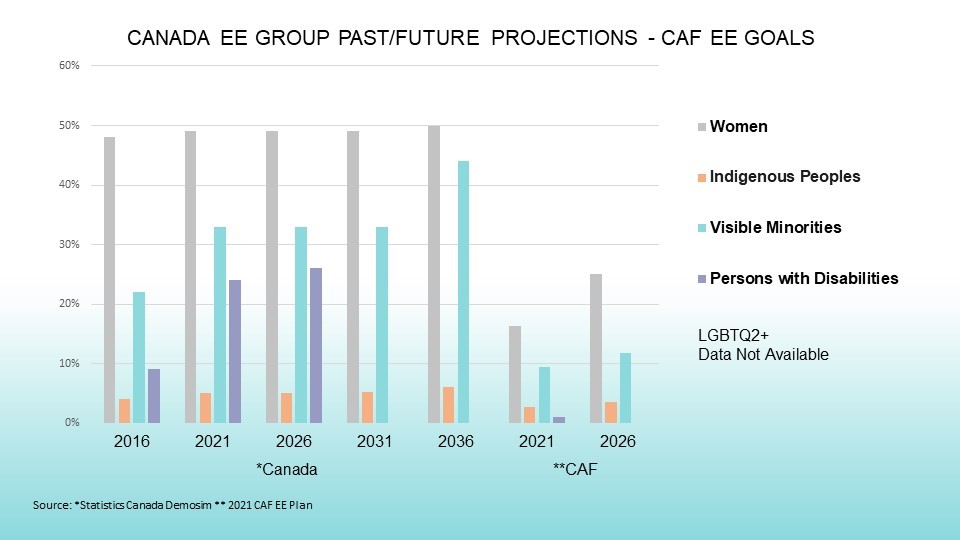 The CAF has set goals for EE representation, but it has failed to meet its own goals for 2006, 2011, and 2016. In addition, the CAF has admitted that meeting its modest objectives for 2021 or 2026 is very unlikely.Footnote 143 Even if those goals are achieved, projections indicate that the gap between representation of EE members in the CAF and Canadian demographics will widen

The data tell us that systemic barriers prevent many women, visible minorities and other racialized groups, and persons with disabilities, from joining, staying and thriving in the Defence Team (there are no data available for LGBTQ2+ persons). However, the available data is inadequate to support the goal of accurately tracking the progress of EE representation. As such, more rigorous and timely data is an urgent requirement if the Defence Team is to measure its performance and identify areas where systemic barriers are hindering diversity and inclusion within its workplaces.