This page was proactively published to meet the requirements of the Access to Information Act. It is a historical record which was valid when published, but may now contain information which is out of date.

The following recommendations are limited to visits and phone calls that are considered higher priority. Further recommendations for other and broader engagements may follow depending on the evolution of various initiatives. 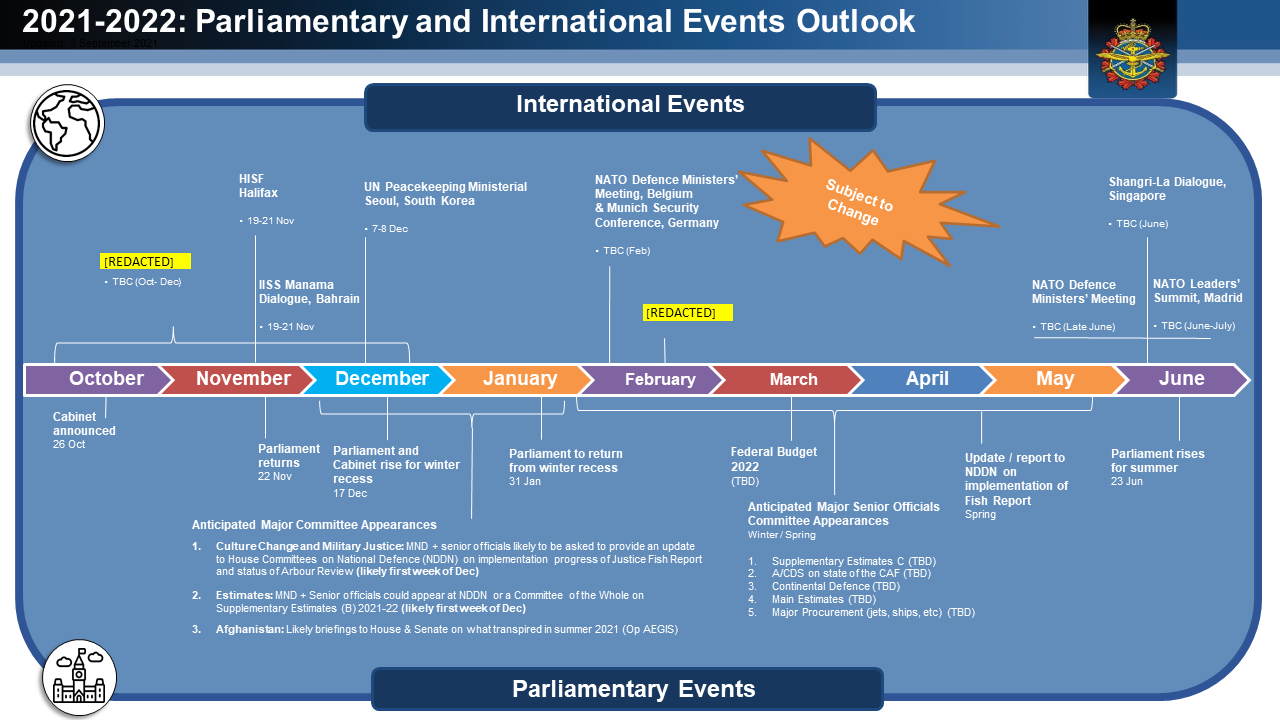