#ImmigrationMatters in Peterborough, Ontario - Building it up by keeping it local

Building it up by keeping it local

Javier Bravo has a mission: to build bridges between Peterborough’s businesses and residents to keep the city’s downtown core dynamic and prosperous.

And he has a solution: GiveLo (short for Give Locally), his online platform where users can buy gift certificates from local independent restaurants and retailers, or donate to local charities.

“Purchasing a gift certificate online through GiveLo is a simple and convenient process for both those who are purchasing, as well as for the recipient, who receives their certificate via email”, says Julie Austin, owner of Chasing the Cheese in Peterborough.

“As a small, independent business owner, GiveLo also helps me because I am unlike large companies who benefit from the economies of scale when dealing with the technical issues of online purchasing”, Julie explains. “GiveLo is straightforward, economical and locally run, and assists in promoting local businesses in Peterborough”.

Originally from Mexico City, Javier has been living in Peterborough, population 81,000, since 2000. “Peterborough is my Canadian cradle”, he says. Mexico City’s population is over 21 million, so he knows what a vibrant city looks like.

“GiveLo is amazing proof of how newcomers give back to their new communities. It is an original, creative idea that benefits our community on so many different levels. It helps local businesses and non-profits. It connects the dots. It is genius”.

Javier has always loved his not-so-new home, but couldn’t help noticing early on that people in the south of the city didn’t often shop or eat downtown. He wanted to find a way to give local businesses and charities in Peterborough a boost by motivating more people to try them out.

Javier had his lightbulb moment while volunteering on the website committee for the New Canadians Centre in Peterborough. When the committee began exploring the use of PayPal to capture more donations, the idea of a Web platform to channel funds toward local Peterborough businesses and charities was born.

Javier launched GiveLo in 2014 as a volunteer initiative. He doesn’t derive any income from it.

Javier, who eventually joined the New Canadians Centre’s board of directors, also teaches entrepreneurial skills at Fleming College and runs extracurricular programs focused on entrepreneurship. Launching an innovative platform to carry out his idea was natural for him.

He’s particularly proud of the fact that GiveLo provides opportunities to donate to local charities. “When you donate locally, you can see firsthand the impact it has”, Javier says. “Getting involved locally is the best way to give back to your community”.

The number of GiveLo users has grown every year since 2014. Javier doesn’t advertise or track where users are from. But word gets around, and he’s had inquiries from people as far away as Calgary and Vancouver who wonder how they can bring GiveLo, or something like it, to their own communities. 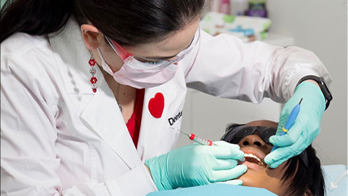