On August 28, 2019, the Impact Assessment Act, the Canadian Energy Regulator Act, and the Navigation Protection Act came into force. This archived Web page remains online for reference, research or recordkeeping purposes. This page will not be altered or updated.

This page has been archived on the Web.

Developing resources while protecting the environment requires taking a big-picture look at a project's potential impacts. Reviews would consider not just impacts on our environment, but also on social and health aspects, Indigenous peoples, jobs and the economy over the long-term. We would also conduct gender-based analyses and ensure that Canadians’ views are heard from the start.

How would these changes affect you? 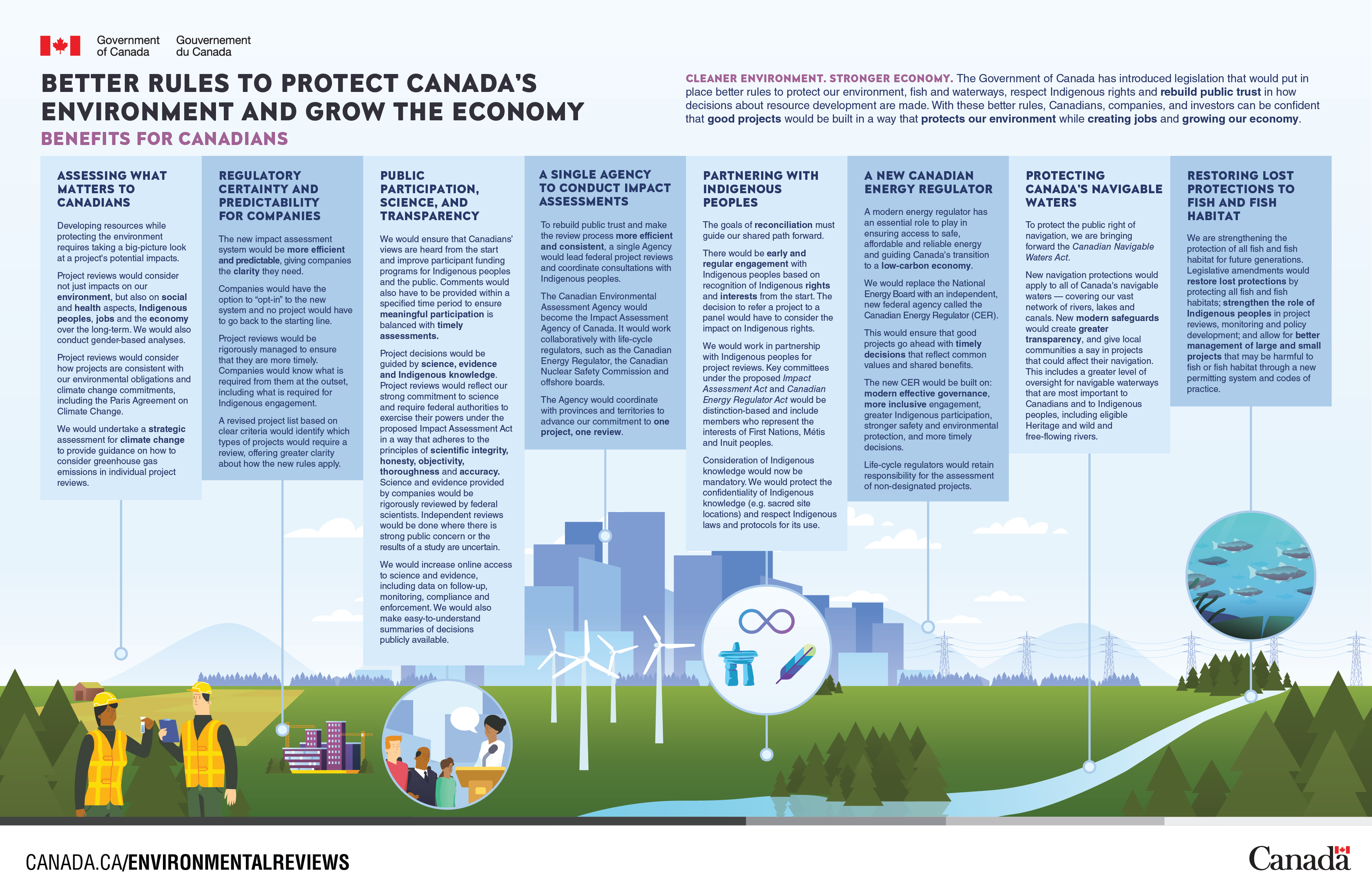