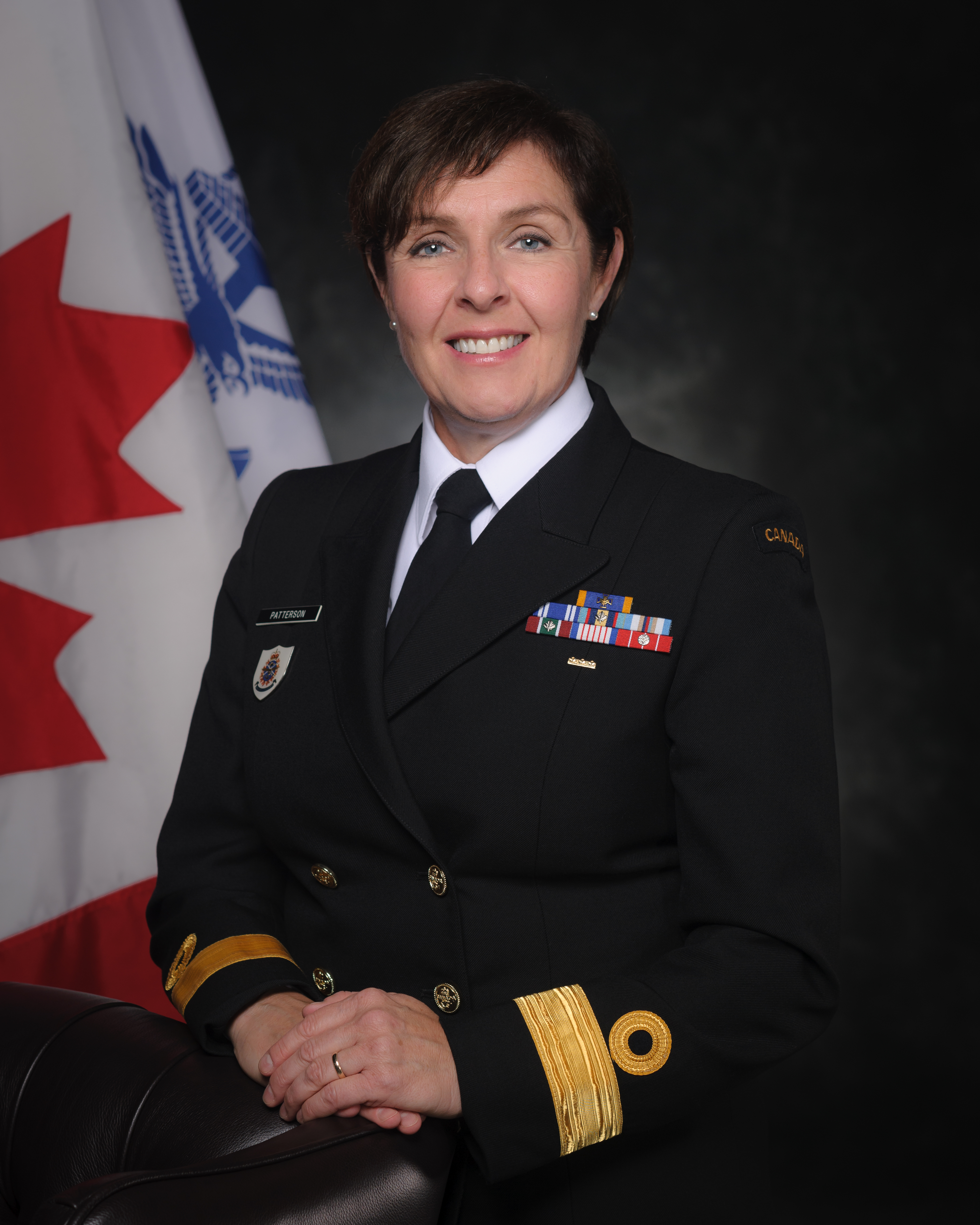 A long and rewarding career in the Canadian Armed Forces (CAF), Commodore Patterson has worked in many different domains of healthcare which include the provision of direct patient care, delivery and leading CAF medical education and training, overseeing and directing national level medical planning in support of CAF missions at home and abroad and leading a large CAF primary care health centre. In 2012, she assumed the position as Commander of 1 Health Services Group and was responsible for the provision of healthcare to CAF personnel in the west and north of Canada. In 2016, she was appointed as the Deputy Commander, Canadian Forces Health Services Group and was subsequently appointed to her current position as Director General Canadian Armed Forces Strategic Response Team- Sexual Misconduct, in 2018.

In true military fashion, Commodore Patterson has had the privilege of serving with the Canadian Armed Forces on overseas missions and has deployed as a member of Op SCALPEL with 1 Canadian Field Hospital during the Persian Gulf Conflict in 1991 (Saudi Arabia), Op DELIVERANCE in support of the Canadian Airborne Regiment in 1993 (Somalia), and Op ATTENTION with the NATO Training Mission – Afghanistan (Kabul) 2011-2012, where she was responsible for leading a multinational team tasked to assist the Afghan National Army and Afghan National Police to re-establish their medical education and training system. In February 2014, she was recognized for her work in Afghanistan and was awarded the Meritorious Service Medal from the Governor General of Canada and was recently inducted as an Officer in the Order of Military Merit in 2018.

Commodore Patterson remains an active member of the College of Nurses of Ontario, the Canadian College of Health Leaders and serves on both the Board of Directors for Health Standards Organization and Board of Directors for Soldiers Helping Soldiers. She was named as one of 12 Global Edmonton Women of Vision in 2013 and in 2014 she received the Ontario Premiers Award for Excellence in Health Sciences for Ontario College graduates.