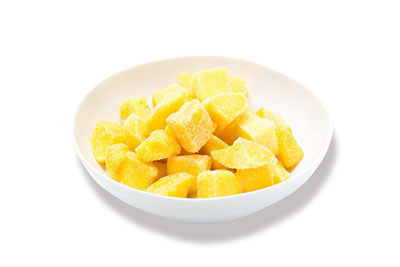 Why should you take note

The Public Health Agency of Canada (PHAC) is collaborating with provincial public health partners, the Canadian Food Inspection Agency (CFIA) and Health Canada to investigate an outbreak of Hepatitis A infections occurring in Québec and Nova Scotia. The outbreak appears to be ongoing, as recent illnesses continue to be reported to PHAC.

Based on the investigation findings to date, exposure to frozen mangoes has been identified as a likely source of the outbreak. Two of the individuals who became sick reported consuming frozen mangoes before their illnesses occurred. Leftover frozen mangoes were collected from the homes of ill individuals and tested positive for Hepatitis A.

The CFIA has issued a food recall warning  for various frozen mangoes sold under various brands. The recalled products have been distributed in Saskatchewan, Manitoba, Ontario, Québec, New Brunswick, Nova Scotia, Prince Edward Island, Newfoundland and Labrador, and may have been distributed in other provinces and territories. More information on the recalled products is available on CFIA's website.

Canadians are advised not to eat any recalled food products. If you suspect you have been exposed to recalled products, or have symptoms consistent for Hepatitis A, see your health care provider immediately. Vaccination can prevent the onset of symptoms if given within 14 days of exposure. This notice contains more advice on how to avoid getting sick.

This public health notice will be updated as the investigation evolves.

As of July 31, 2021, there are three laboratory-confirmed cases of Hepatitis A illness being investigated in the following provinces: Québec (2), and Nova Scotia (1). Individuals became sick between late March 2021 and mid June 2021. No hospitalizations or deaths have been reported. Individuals who became ill are between 23 and 63 years of age. The majority of cases (67%) are female.

The CFIA is continuing its food safety investigation, which may lead to the recall of other products. If other high-risk products are recalled, the CFIA will notify the public through updated food recall warnings.

It is possible that more recent illnesses may be reported in the outbreak because there is a period of time between when a person becomes ill and when the illness is reported to public health officials. For this outbreak, the illness reporting period is between two and six weeks.

Hepatitis A infections can occur among people of all ages; however, although rare, the severity of illness increases with age. Those with underlying liver disease are also at increased risk for severe illness.

If you have been exposed to Hepatitis A it is possible to spread the virus to other people before you experience any symptoms.

What should you do to protect your health

Not everyone who is infected will have symptoms. Symptoms are more likely to occur in adults than in children. Symptoms of hepatitis A include:

After you have been exposed to hepatitis A, symptoms typically appear 14 to 28 days later, but may occur up to 50 days later.

Symptoms usually last less than two months. Mild symptoms may last only one or two weeks, while severe symptoms can last up to nine months.

Figure 1 is an epidemiological curve for this outbreak, which shows the numbers of new cases by week. Outbreak investigators use this information to show when illnesses begin when they peak and when they trail off. It can take several weeks from the time a person becomes ill to when the illness is reported and testing confirms a link to the outbreak. Data are available for 3 cases.