Manual of Drill and Ceremonial | Chapter 11 Religious Services and Funerals

How troops, pallbearers and bands should act at state, military and civilian funerals. This includes at a vigil, in the church, in processions and at the graveside. 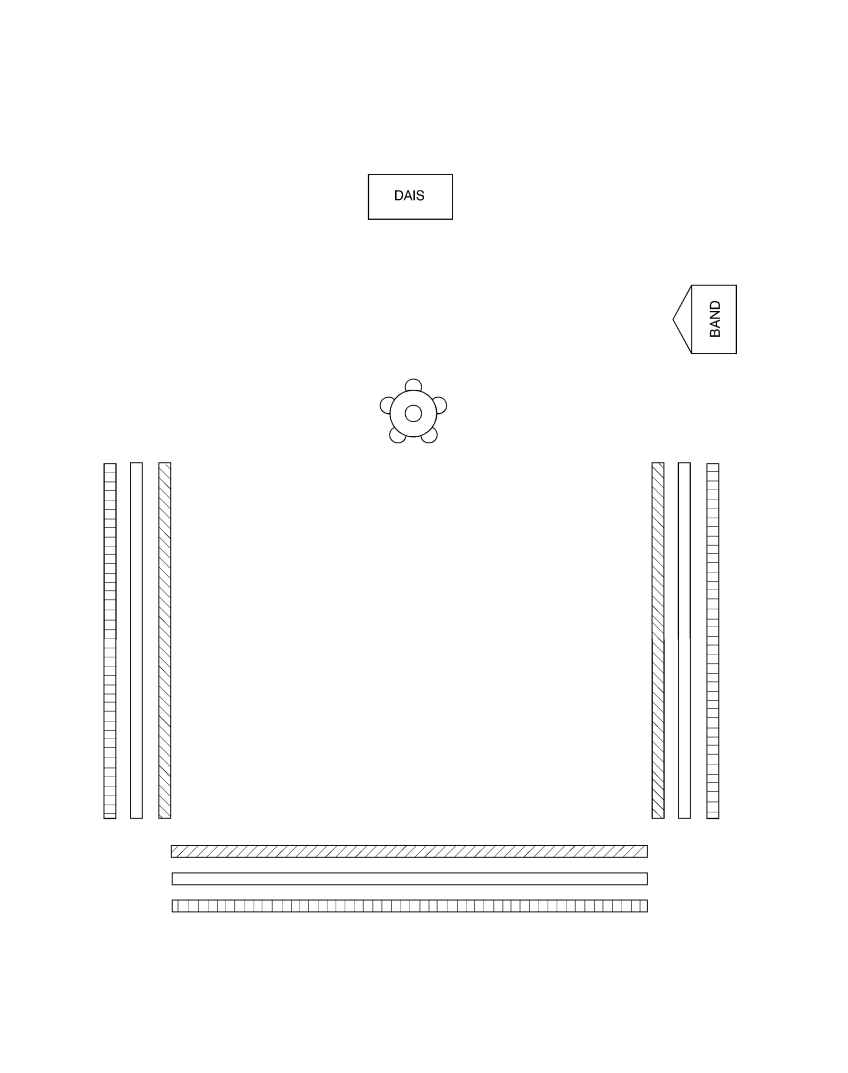 THE NEXT OF KIN’S WISHES 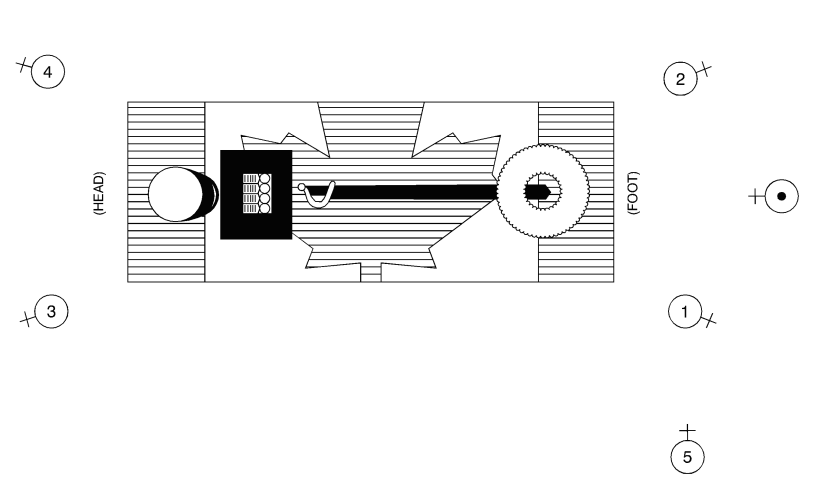 PROCEDURE FOR THE DEPARTURE OF THE CASKET 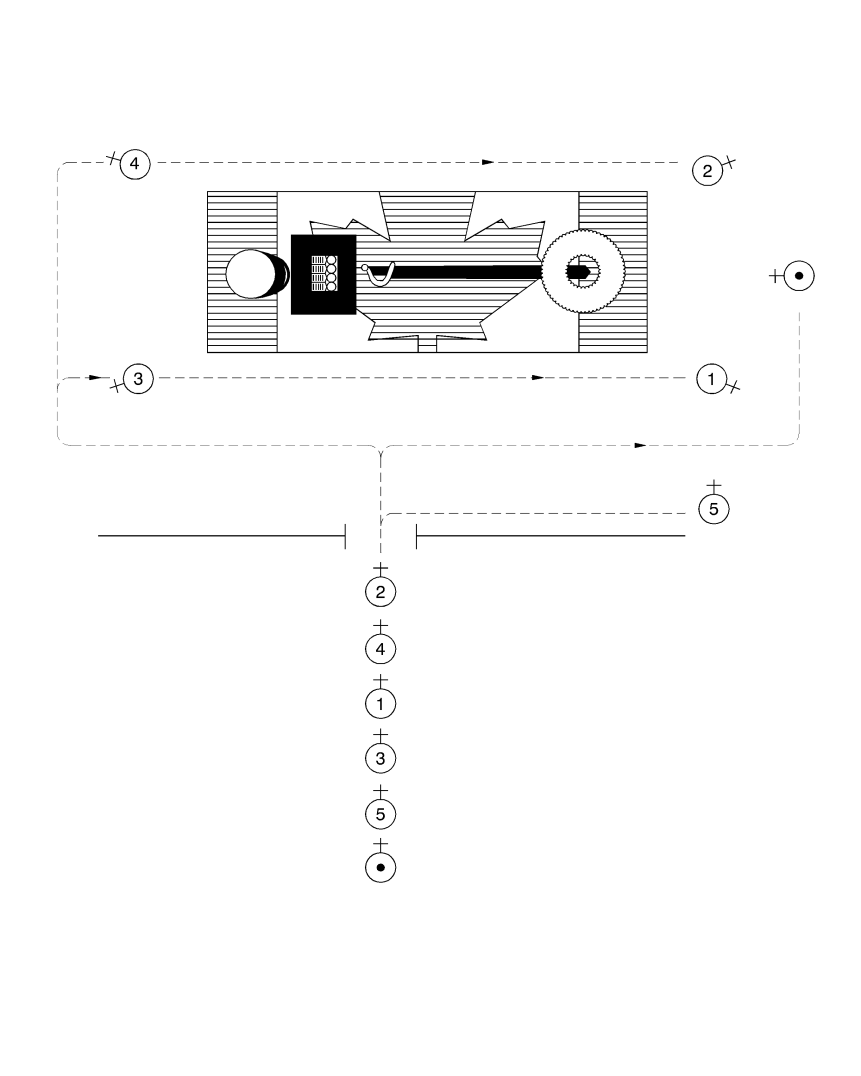 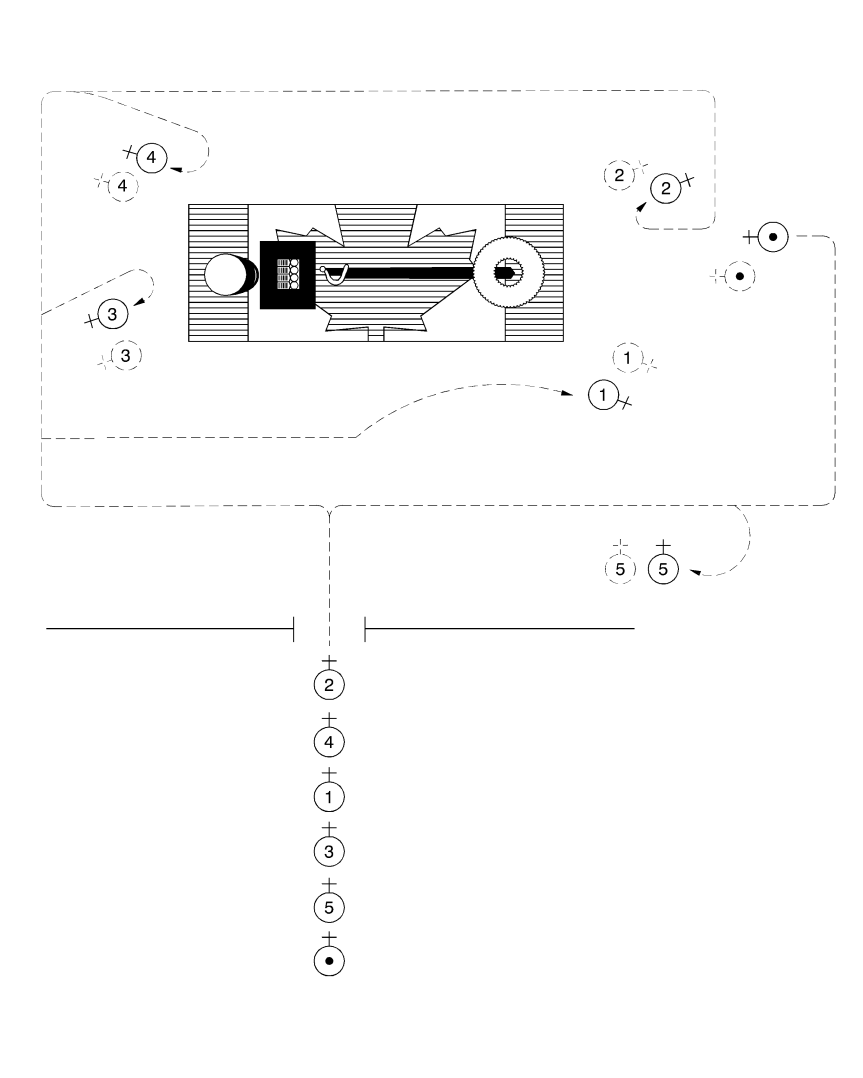 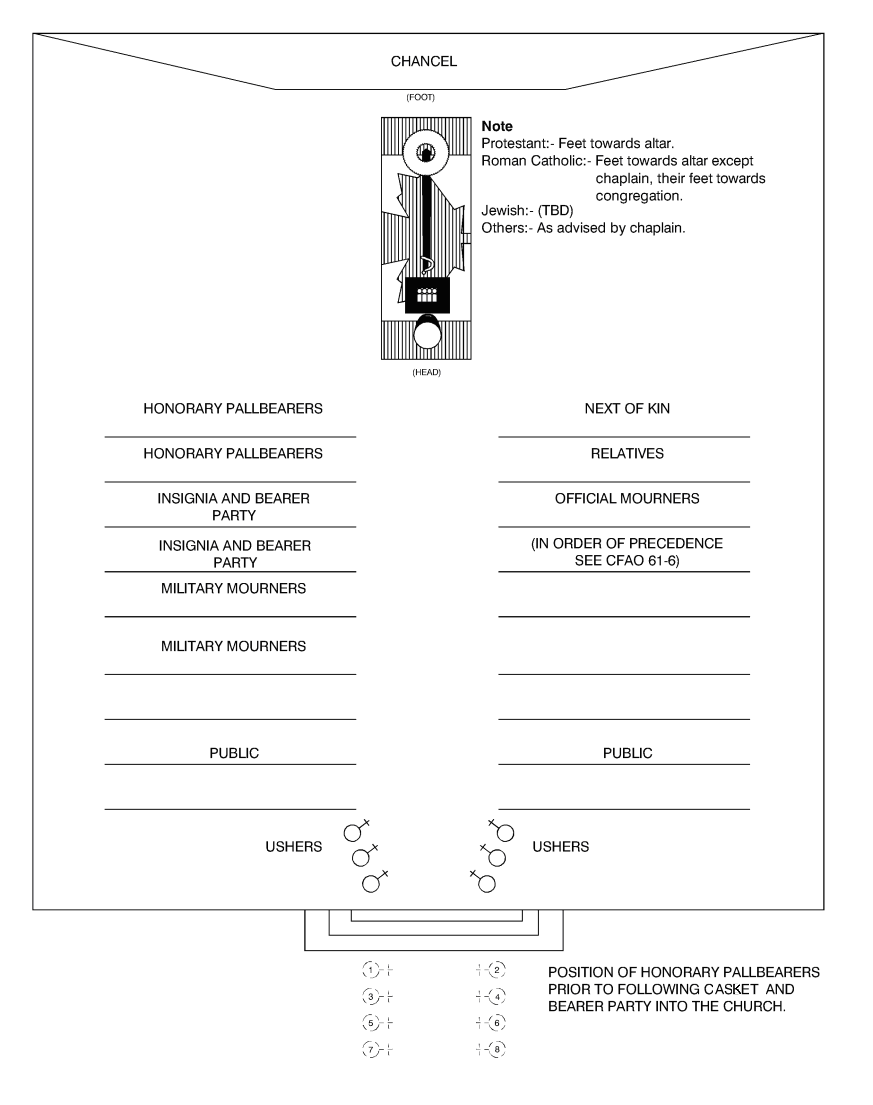 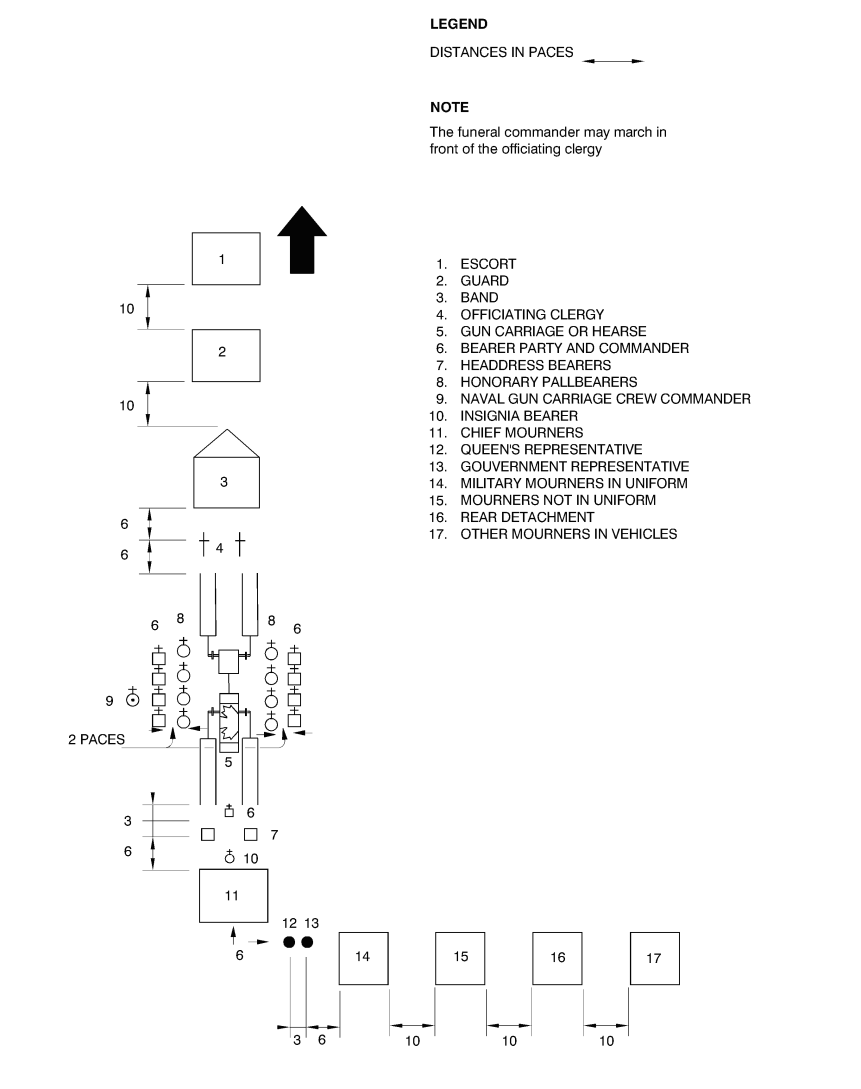 THE MOVE TO THE GRAVESIDE

ARRIVAL AT THE GRAVESIDE 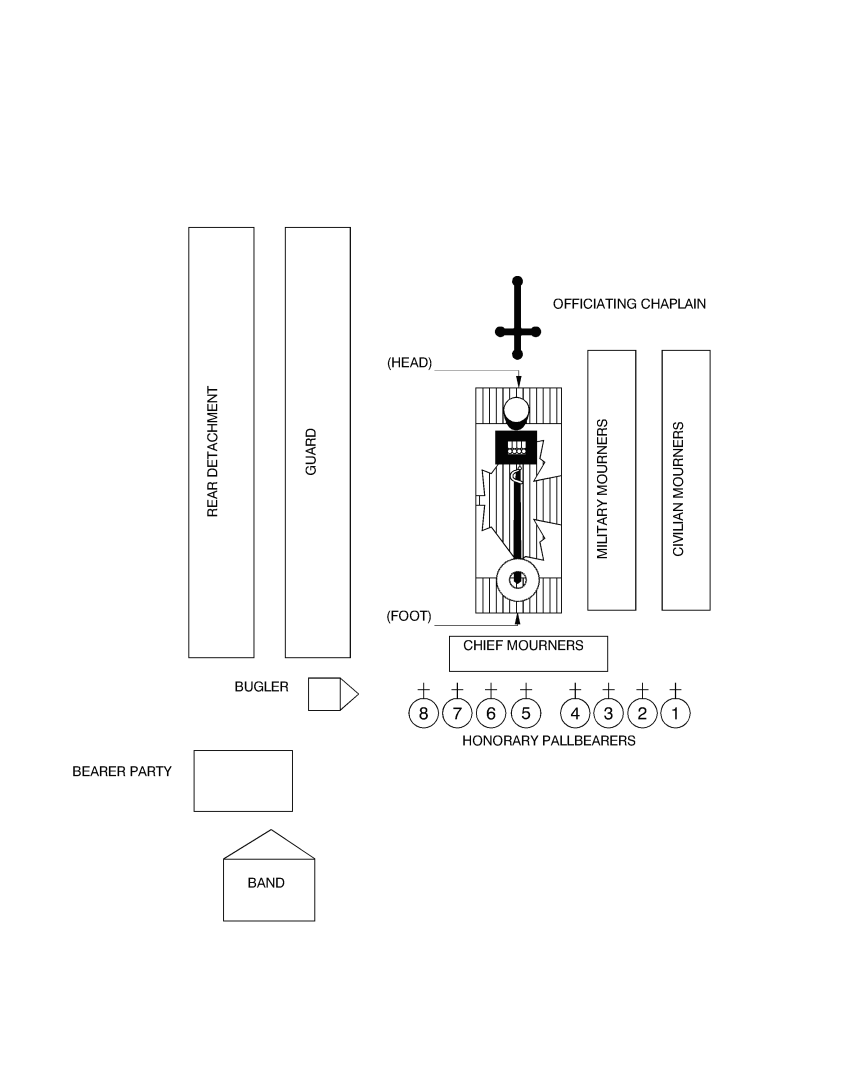 Care must be taken when positioning the casket over the grave. Bearers must be consious of the lowering straps and may need to look down to ensure that their feet don’t become entangled when moving beside the grave. 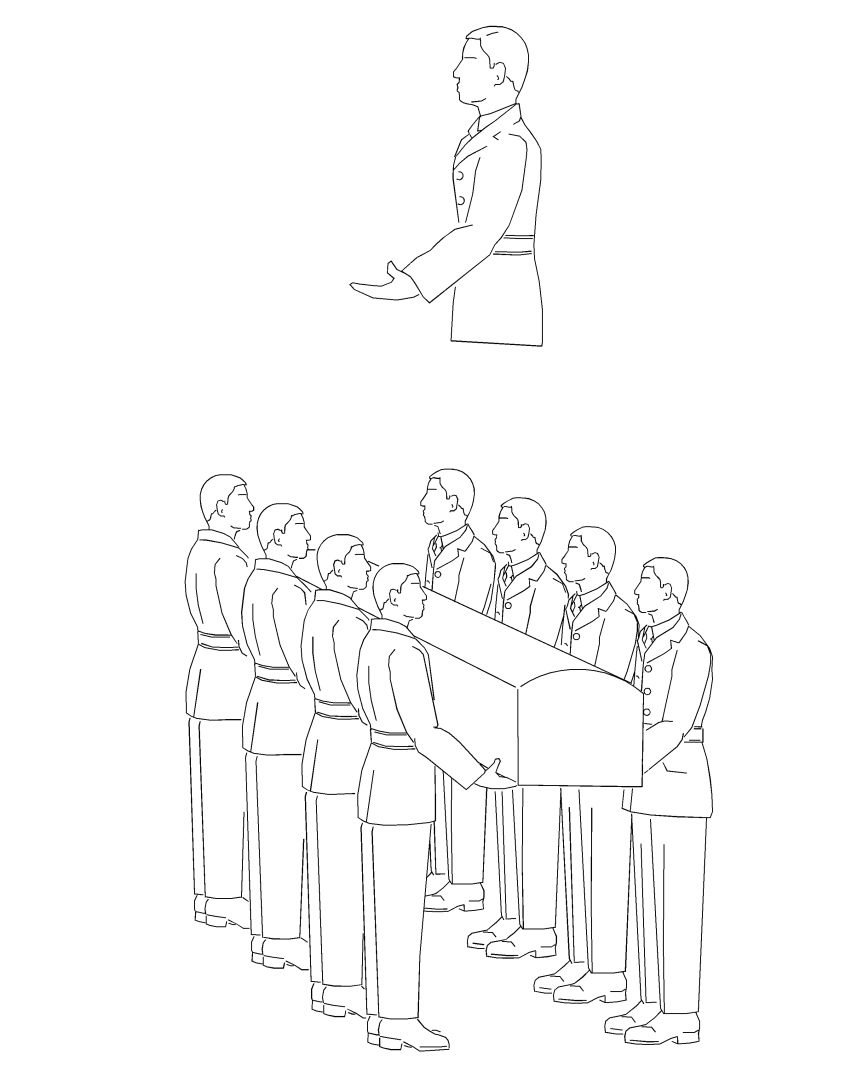 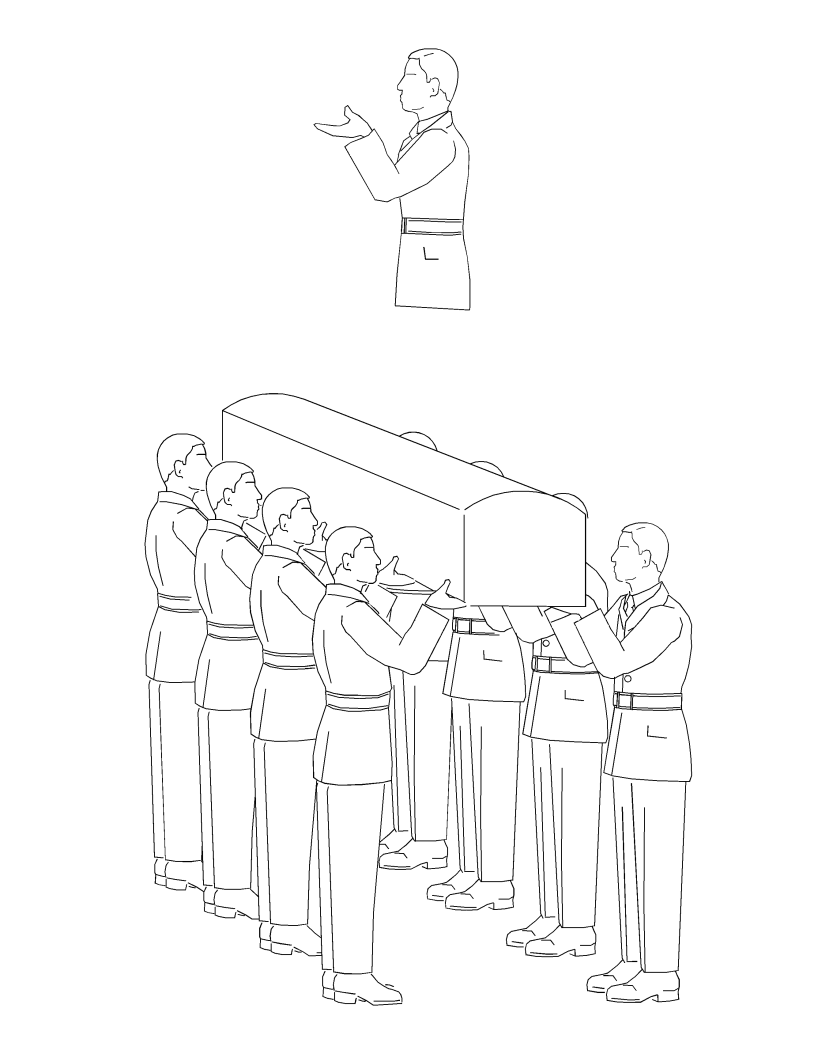 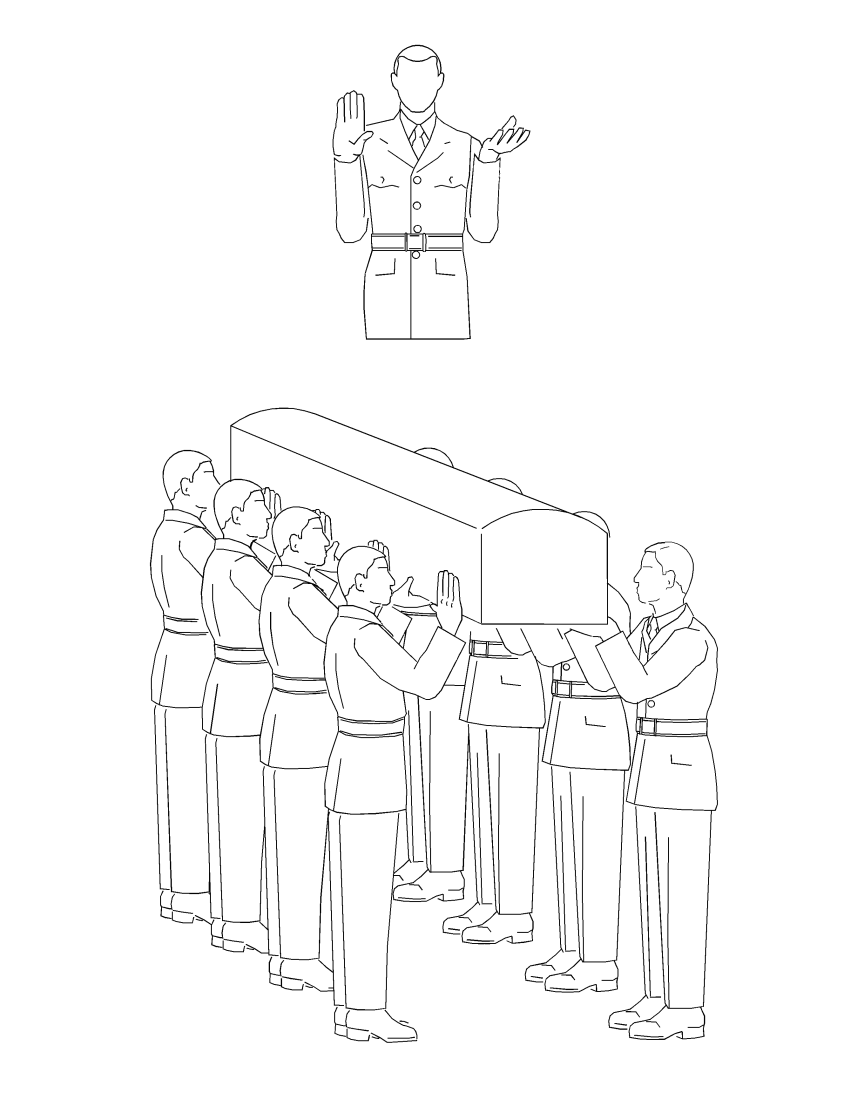 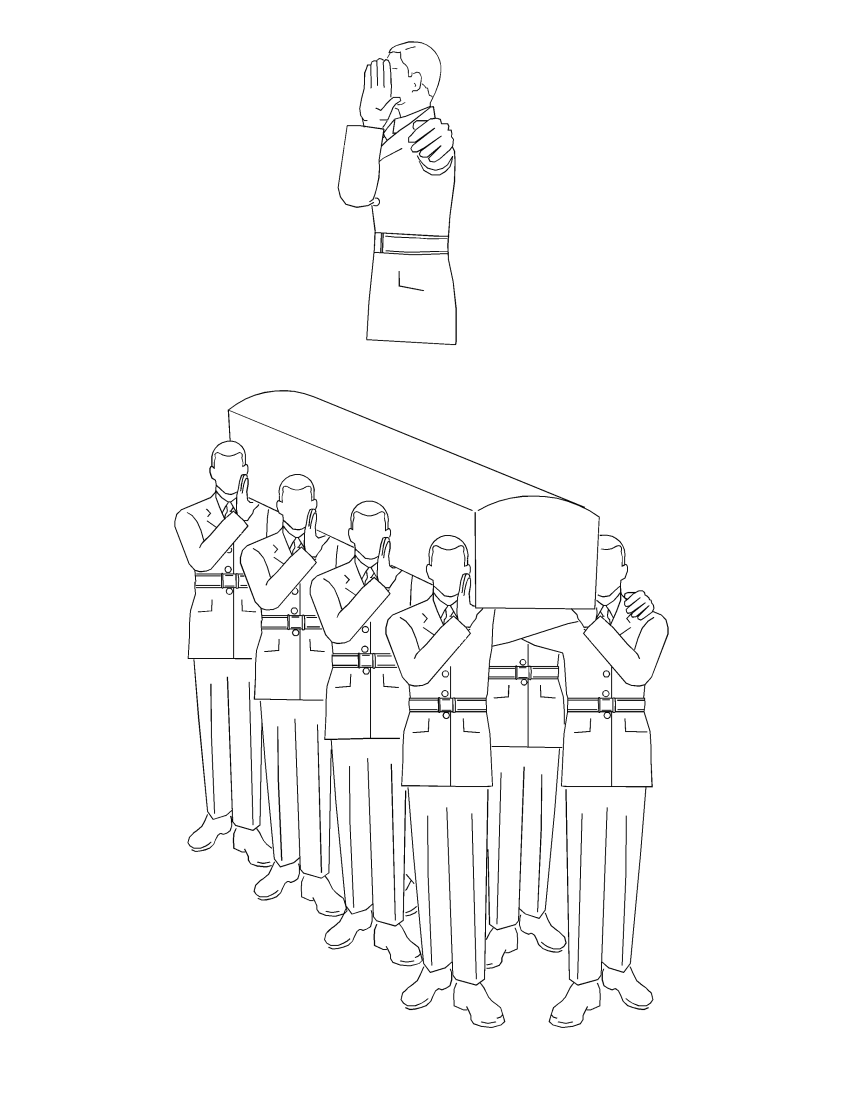 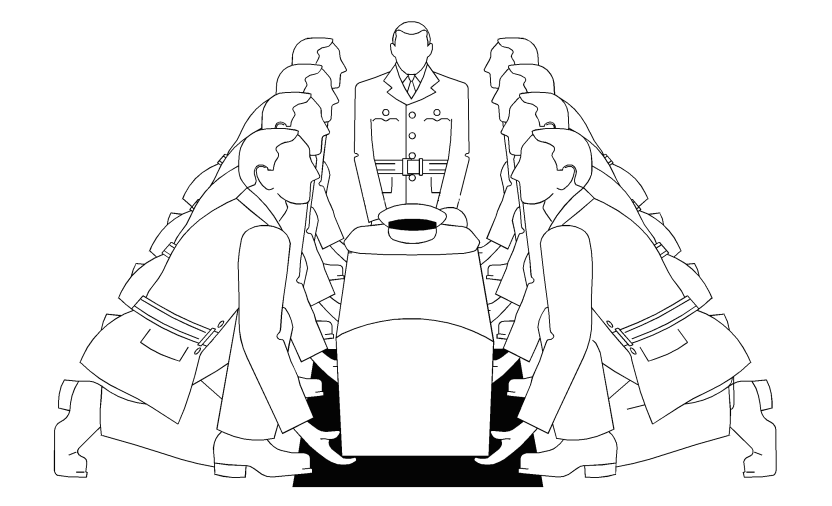 Ensure that spreaders are placed in the bottom of the grave to facilitate the removal of the straps once the casket is lowered. 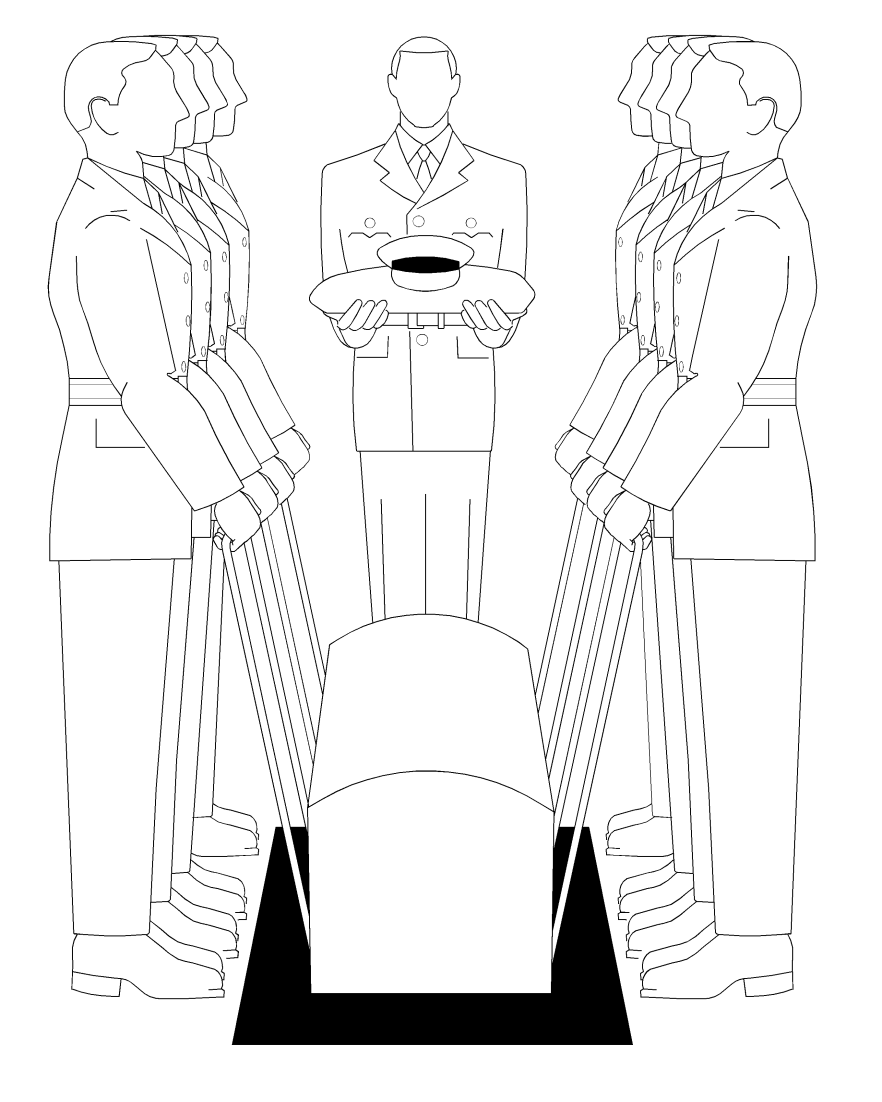 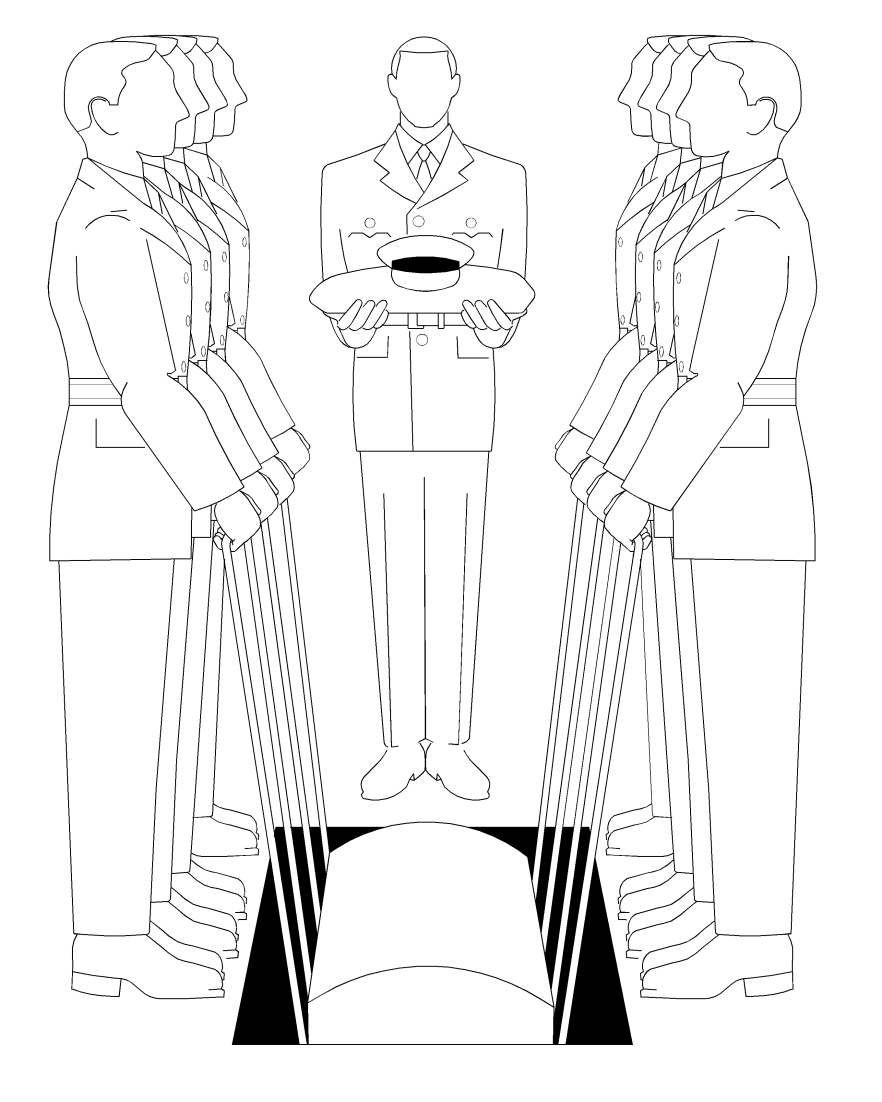 SECTION 4 THE UNLOADING OF A CASKET FROM AN OVERSEAS AIRCRAFT

Remains are loaded onto an aircraft with the head oriented forward. As airplanes fly with a nose-up attitude this prevents embalming fluids from pooling in the head of the deceased (see CFACM 7-400 (1), Chapter 4, section 2, paragraphs 3 and 4).

COMPOSITION OF THE BEARER PARTY

POSITION OF THE BEARER PARTY

REMOVAL OF THE CASKET

SECTION 5 BURIAL OR SCATTERING OF ASHES AT SEA

BRINGING REMAINS ON BOARD SHIP 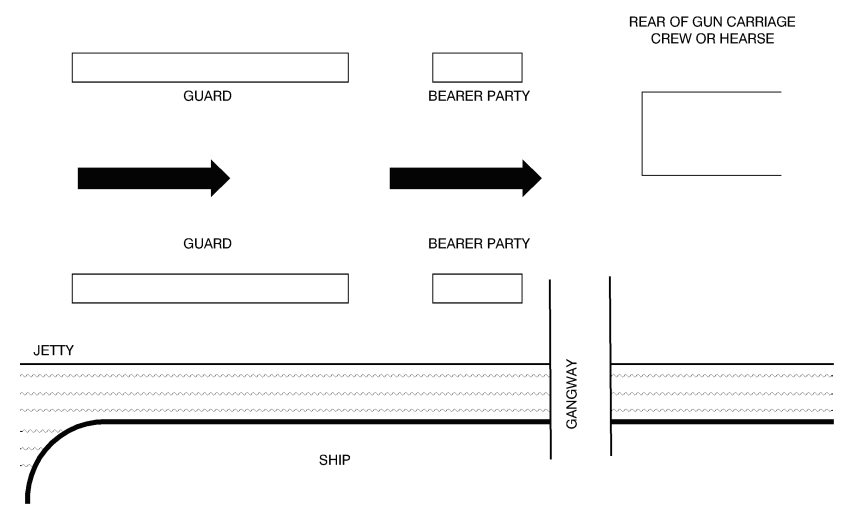 Step 1: Persons  2, 4, 6 and 8 stand fast holding the flag taut.  Persons 1, 3, 5 and 7 initiate the first movement by passing the sewn edge under to their facing colleagues.  On the words of command PREPARE TO FOLD – FOLD persons 2 and 8 will slide their right and left hands respectively toward the centre outer edge of the flag, simultaneously sliding their left and right hand and grasping the corners of the flag.  Persons 1, 3, 5 and 7 grasp the flag along the folded edge (what is normally the centre of the flag) ensuring the flag remains taut.

Step 2: The fold in step 1 is repeated, resulting in a quarter of the flag in full length (the tip of the maple leaf shall be facing up).

Step 3: On the words of command PREPARE TO FOLD – FOLD persons 7 and 8 bring their end forward in an upward motion to persons 5 and 6. This fold is done over the hands of the others.  Persons 3, 4, 5 and 6 guide the flag and ensure it remains taut.  Persons 7 and 8 step back and remain at attention in their original positions.

Step 4: On the words of command PREPARE TO FOLD – FOLD the fold in step 3 is repeated and persons 5 and 6 step back.

Step 5: On the words of command PREPARE TO FOLD – FOLD persons 3 and 4 fold the flag under holding it taut. Persons 3 and 4 step back.

Step 6: On the words of command PREPARE TO FOLD – FOLD persons 1 and 2 fold the flag over holding it taut, resulting in the final form ready for presentation.

It is important to note that the above-mentioned method for folding the flag is to be used for ceremonial presentations and is not intended to be the official method used on a routine daily basis.  When flags are lowered or removed as a part of a normal procedure, they are simply folded with quiet dignity.