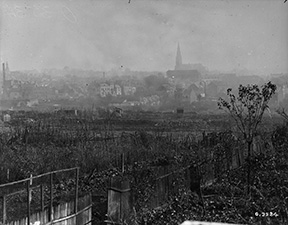 A battle honour incorporating the tactical incident “Capture of Mont Houy”, formally entitled the “Battle of Valenciennes”, and itself being part of “The Final Advance”Footnote 1. 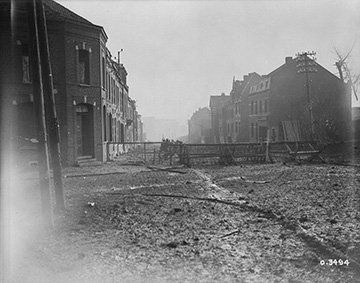 During the latter part of October 1918 the German forces continued their withdrawal along the northern part of the Western Front closely followed by British troops which included the Canadian Corps (Lieutenant-General Sir A.W. Currie) of the First British Army among their number. Both sides were weary, but both also recognized that the last German defensive line, The Hermann Line, based on the city of Valenciennes, had been reached. Valenciennes' defenses were anchored on the Canal de l'Escaut which flowed along the city's western side. In looking at the operational situation it was evident that Mont Houy, a 60-metre high hill that lay just over a kilometre south of the city, held the key. The British attacked the well-defended Mont Houy but in their weakened state failed to take it. The Canadian Corps Commander, Sir Arthur Currie, then offered to do the job. Using a total of 303 guns of various calibres Canadian gunners buried Mont Houy in an avalanche of artillery fire. The infantry assault that followed discovered over 800 enemy dead on the position while a further 1,800 enemy soldiers surrendered to the four attacking Canadian battalions. The advance then continued to sweep forward into the city itself. That night mopping up parties patrolled the city. One of these parties became involved in a fire fight that saw four Canadians taking on approximately 60 Germans. The fight ended with a German surrender and the last award of the Victoria Cross to a Canadian in the Great War. Unfortunately, Sergeant Hugh Cairns' VC was to be a posthumous one. 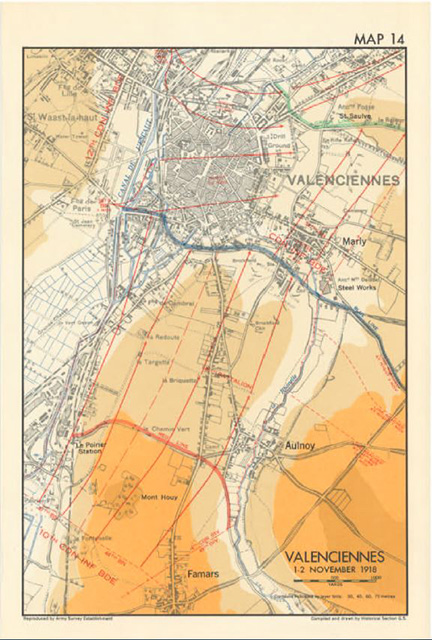 Map depicts the advance into the city of Valenciennes by the C.E.F.
Credit: Map by Nicholson in CEF 1914-1919.

GO 6/28; United Kingdom, War Office, The Official Names of the Battles and Other Engagements fought by the Military Forces of the British Empire during the Great War, 1914-1919, and the Third Afghan War, 1919: Report of the Battles Nomenclature Committee as Approved by the Army Council (London, 1922), p.25