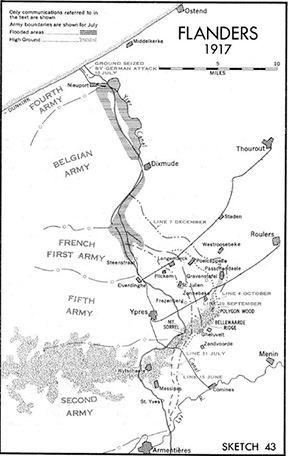 The Honour “Ypres 1917” was awarded as a Campaign Honour for the series of attacks that led up to the taking of Passchendaele. Begun on 31 July this campaign had anticipated a breakthrough in the German lines but ended up as a series of attacks that slowly chipped away at the German positions and wore down their forces. Adverse weather combined with the low lying ground and mud of Flanders made the fighting and living conditions difficult for the attackers and defenders. The hope for breakthrough by the British High command never materialized but the repeated attacks were maintained in order to keep pressure on the German forces in part to ease pressure on the French. Most of the Canadian involvement in this campaign came as the closing chapter in taking Passchendaele Ridge. This battle of attrition cost enormous casualties on both sides. 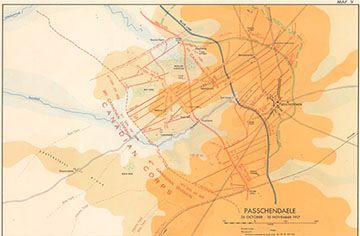