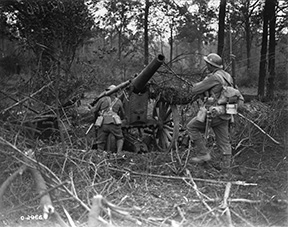 Between the roads Amiens — Royes and Amiens — Albert (Amiens exclusive)

A group honour formally entitled The Battle of Amiens and itself being part of The Advance in Picardy (8 August — 3 September 1918).Footnote 1

The Honour “Amiens” was awarded for the Allied offensive in the Picardy region of France to retake the ground gained by the German Army during the 1918 Spring Offensive. The British divisions in the area had been weakened by the many months of difficult fighting to halt the advance. The Canadian Corps (Lieutenant-General Sir A.W. Currie) had not suffered greatly from the German attacks and was selected along with the Australian Corps to form the British portion of an Anglo-French attack against the apex of the German salient east of Amiens. General Currie was made aware of the plan for his Corps as early as 20 July but planning for the attack was to be done under utmost secrecy. Canadian troops did not start moving to the area until after 1 August and only moved at night. To deceive the Germans, Canadian preparations for an attack in the Arras area continued and a few Canadian units and signalers were moved to the Flanders area to give the impression of a Canadian build up in that area. Division commanders were not told of the attack until the 30th of July and Canadian soldiers who began the move thought they were going to the Ypres front until they loaded onto vehicles in the rear areas and received orders to move toward Amiens. The logistical undertaking was enormous but in a short period most of the Canadian Corps' soldiers, equipment, guns and huge stocks of ammunition were in place for the attack. The left-hand Canadian Corps boundary, with the Australians, was along the railway line between Amiens and Chaulnes. On the Canadian right was the French 31st Corps to the south of the Amiens Roye road.

The Battle opened on the 8th of August under a heavy artillery barrage. To maintain surprise there had been no preparatory artillery fire. The Canadian Corps had the 1st, 2nd and 3rd Divisions in the front line with each division having only a one-brigade frontage. The purpose of the attack was to advance deeply into the German defences. The brigades of the first wave gained their objectives within a short time allowing the brigades of the second wave to leap frog and continue to push the Germans back. The Canadian Cavalry Brigade (Brigadier-General J.E.B. Seely), as part of the 3rd Cavalry Division, also took part. This Division was tasked with continuing the attack on the Corps' right beyond the advance of the 3rd Division. On this first day the Canadian Corps took all its objectives and seized the German 'Outer Amiens Defence Line' advancing over 12 kilometres at its deepest point. Only the village of the Le Quesnel, an objective of the Cavalry Division, was still in German hands. The Germans brought up several divisions as reinforcements during the night of 8 — 9 August. Canadian plans for the next phase initially included a British Division that was removed from Canadian control at the last minute. This caused a great deal of confusion in orders and delayed operations on the 9th of August. Units of all four Canadian Divisions participated that day and in spite of the delays and increased German reinforcements, the depth of the advance increased by over 6 kilometres. The Canadian Corps continued to press the Germans the next morning, having reached the 1916 trench lines. The wire, obstacles and trenches of these former defensive positions proved difficult to move through in some areas. However, over the next few days in a series of small operations the Germans were pushed back beyond their old defensive positions. The last Canadian units in the area were relieved on 20 August after having advanced over 20 kilometres, capturing more than 9000 prisoners, 200 guns, over a thousand machine guns and trench mortars. The Canadians and their allies had taken back almost all the ground lost in Picardy during the German spring offensive but more importantly, with this attack, they had gained the initiative. 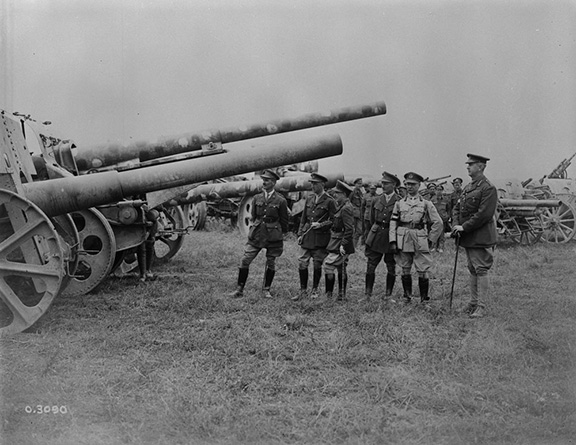 GO 6/28; United Kingdom, War Office, The Official Names of the Battles and Other Engagements fought by the Military Forces of the British Empire during the Great War, 1914-1919, and the Third Afghan War, 1919: Report of the Battles Nomenclature Committee as Approved by the Army Council (London, 1922), p.23