Admiral Sir Charles Edmund Kingsmill was the 1st Commander of the Canadian Navy. 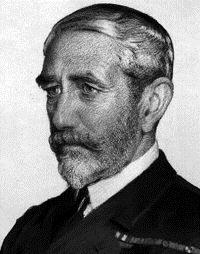 Admiral Kingsmill was born in Guelph, Canada West, in 1855.

He also served on shore at the “stone frigate” HMS Vernon.

In 1881, he was appointed First Lieutenant (Executive Officer) of HMS Arab. That included serving in naval and military operations in Eastern Sudan in 1884.

Kingsmill became the British Vice-Consul and British Agent at Zeyla in the Gulf of Aden in 1884.

In 1885, he was named First Lieutenant of HMS Cormorant, assuming command on the death of the Captain in 1889. In 1890 he assumed command of the gunboat HMS Goldfinch on the Australian Station. Promoted to Commander in 1891, he proceeded on leave on half-pay in 1891, returning to HMS Victory in 1892.

In 1893, he was appointed the Commander (Executive Officer) of HMS Immortalité. He was made Commander of HMS Blenheim in 1894. The next year, he assumed command of the cruiser HMS Archer on the China Station. Promoted to Captain in 1898, he proceeded on leave on half-pay.

He took courses at Royal Naval College Greenwich in 1900.

He was promoted to Rear-Admiral in May 1908. He retired from the Royal Navy in September 1908, remaining on the RN retired list.

In May 1908, he was named Commander Canadian Fishery Protection Service. Later, he became Director Marine Services of the Department of Marine and Fisheries (Canada).

He served as Director of the Naval Service until he left in 1920.