Admiral Percy Walker Nelles was the 3rd Commander of the Canadian Navy. 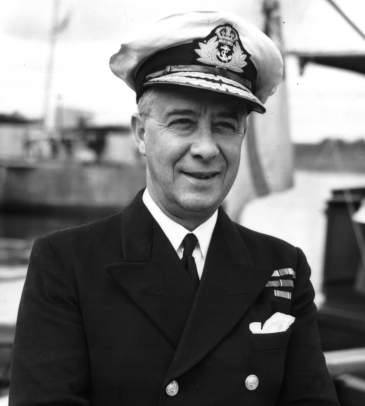 Admiral Nelles joined the Canadian Fisheries Protection Service as a Naval Cadet in 1908. He first served in the Canadian Government Ship (CGS) Canada.

Nelles became Flag Lieutenant to the Director of Naval Service in 1917. In 1920, he took the RN Intelligence Course. He was then appointed to the Naval Headquarters (NHQ) staff in Ottawa.

He took the RN Staff College Course in 1925.

On promotion to Commander in 1925, Nelles was appointed Commanding Officer Pacific Coast.

In 1929, he took the RN Senior Officer Technical Course.

In 1932, he was named Commander-in-Charge Halifax. On promotion to Captain in 1933, he studied at the British Imperial Defence College (IDC).

Nelles became Chief of the Naval Staff (CNS) in January 1934. He was the first Canadian-born and -trained to do so. With that, came a promotion to Commodore First Class in July 1934.

As CNS, he was promoted to Rear-Admiral in 1938 and Vice-Admiral in 1941. In 1944, he was appointed Senior Canadian Flag Officer Overseas and Head of Canadian Naval Mission (London).

Admiral Nelles was promoted to his current rank when he retired from the Royal Canadian Navy in January 1945.